In 1998 I started my undergraduate degree. To begin with my glass blowing skills were basic so I focused my on making on simple repetitive shapes and learnt the techniques of cutting, carving and sculpting the glass in its cold state. My work drew on imagery from the natural world and I translated it via form, texture and colour into my own distinctive glass vessels. Continuous technical development, a respectful response to the raw material and gathered visual research led to the development of this work. 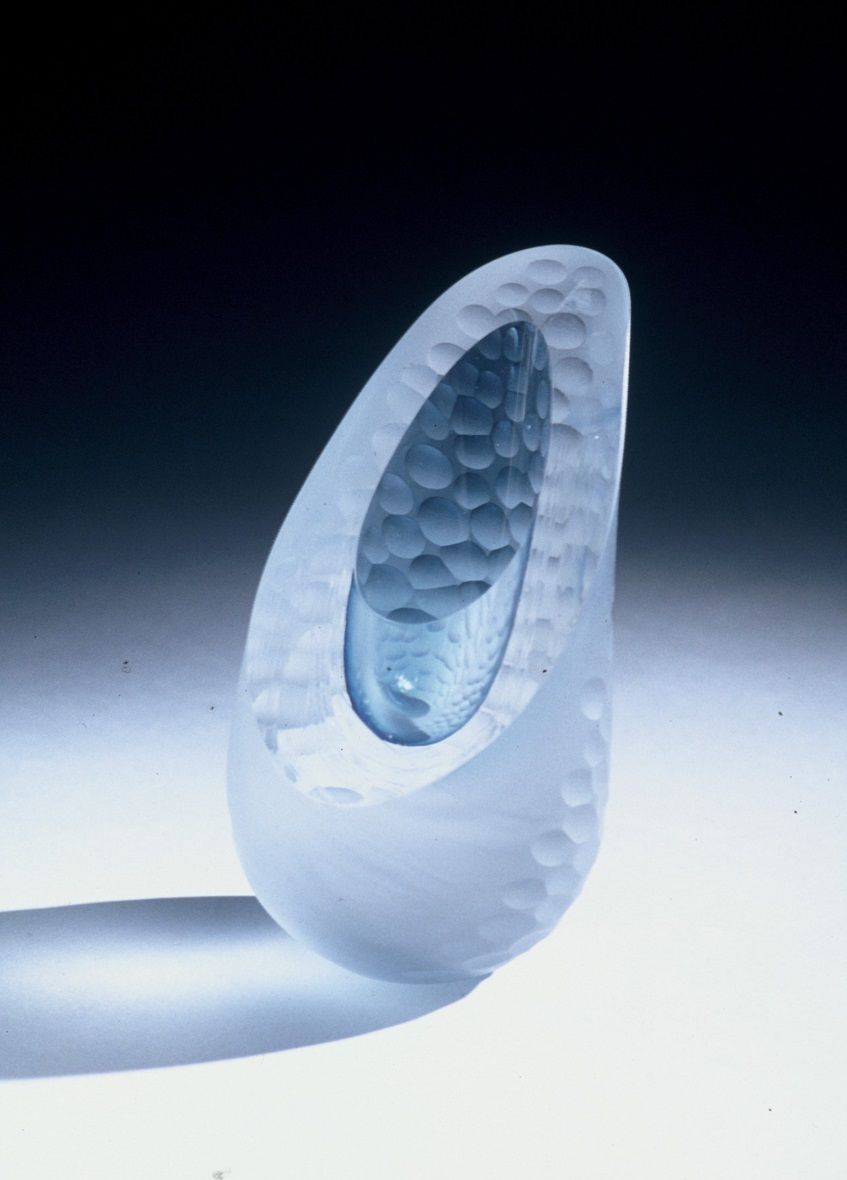 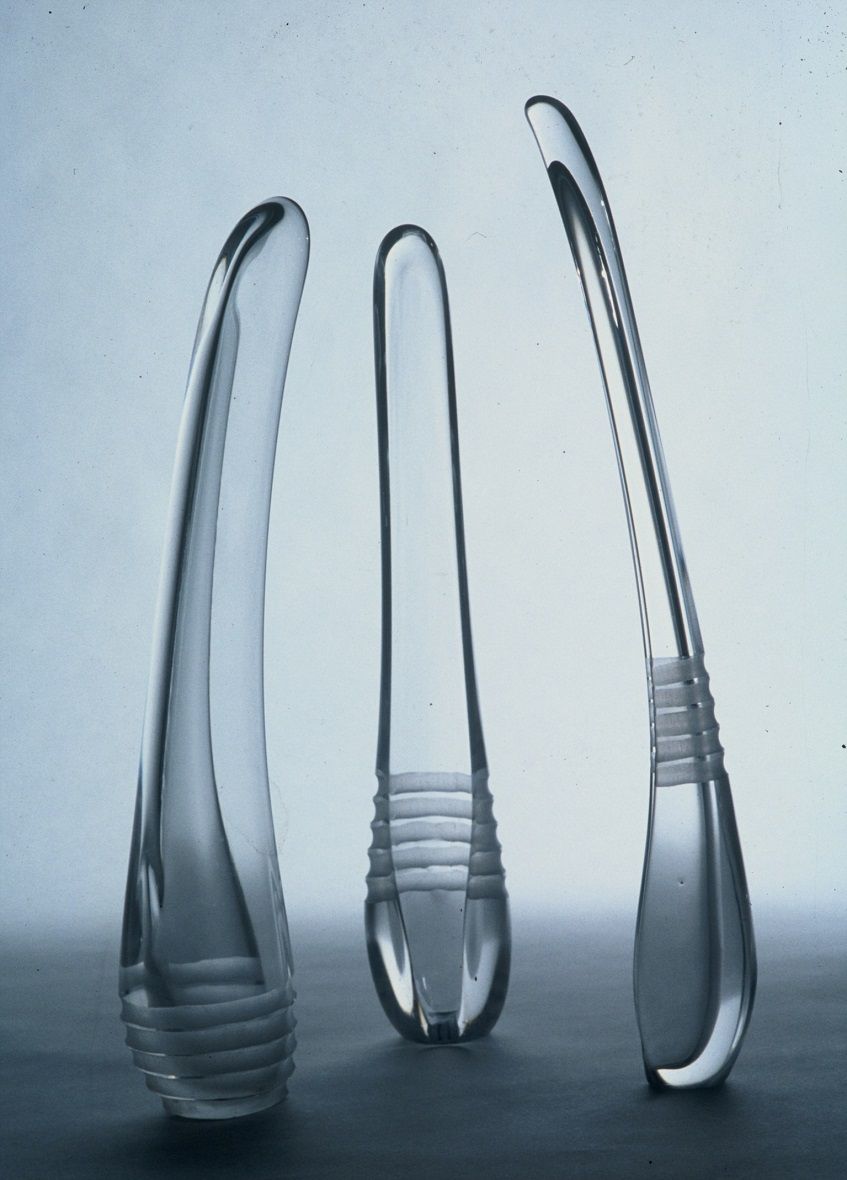 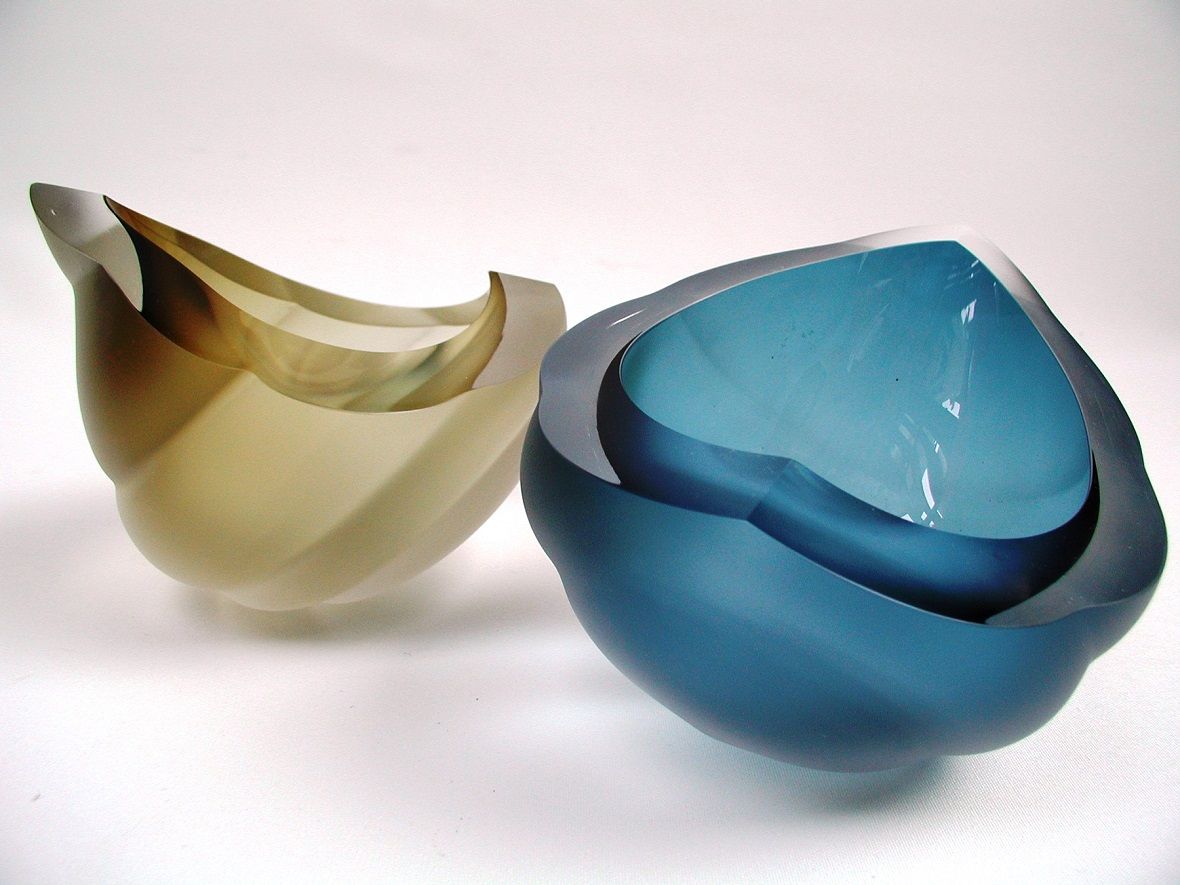 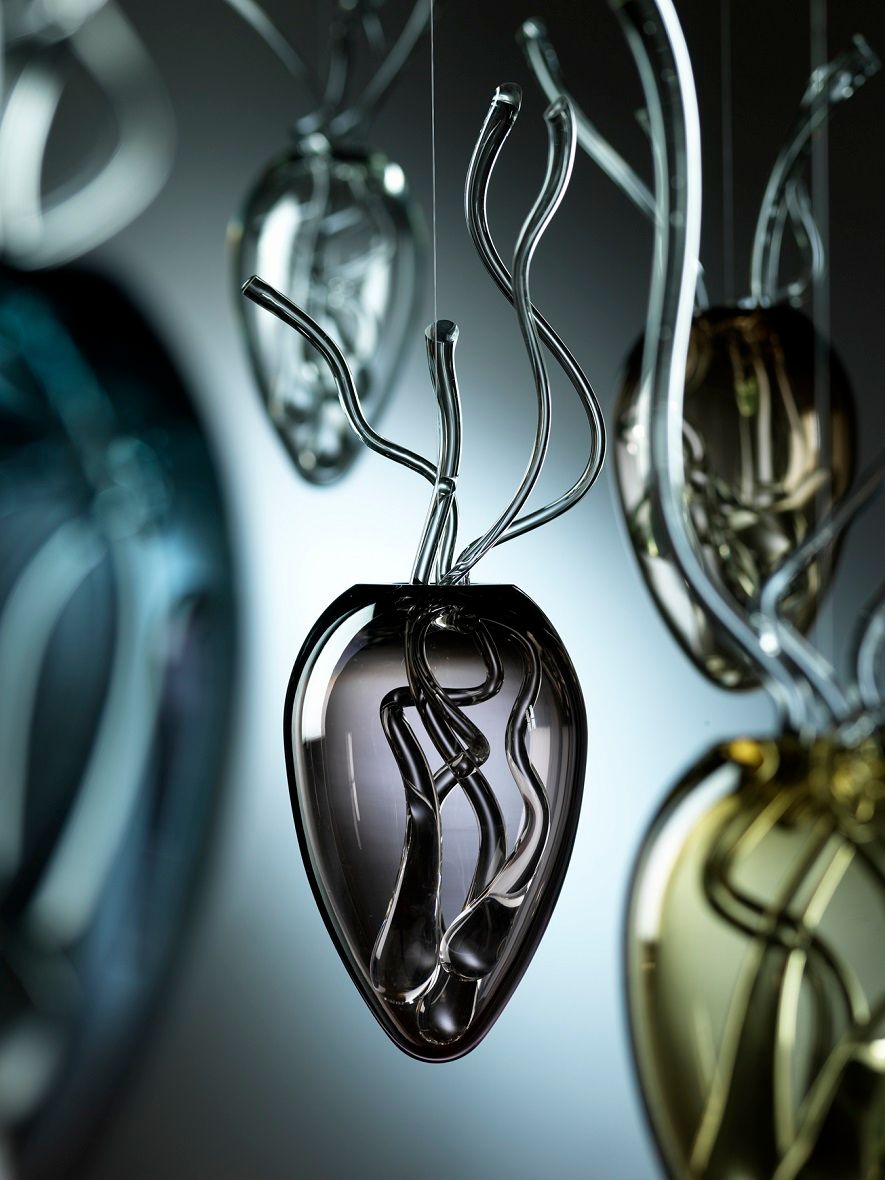 In 2006 I relocated to Scotland to study for my Masters at Edinburgh College of Art. The body of work I produced was intitled 'Pulse'

The teardrop represents one of the most basic forms in the hot glass making process; it illustrates the simultaneous contradiction of liquid and solid inherent in the material. Within each cluster I created gatherings of organic forms encased in a protective shell which lend a collective sense of hibernation, growth and transition.

The work effectively portrays an expression of feeling through simplicity of form.

It consolidates personal experience and emotion through a sensitive dialogue with the medium.

Through extensive exploration on both paper and in the workshop I visualized and developed a form which is subconsciously derivative of the heart.  By making reference to this I am dealing with the concept of physical and emotional vulnerability.  I am commenting on the dual meanings associated with this vital organ: it keeps us alive, while its stylized form denotes an emotional function.

Lighting is an integral part of this project and effectively illustrates and exploits the natural aesthetic of the blown form.

I utilized the tension between symbolic, poetic and emotional connotation in the glass form, and the literal aesthetics of the physical heart, which could induce a sense of abjection within the viewer.  I was interested in the connections between the fragility of the glass and the transience of human existence.

Ultimately, by combining such materials I strived to appeal to a universal audience whilst exploring a more personal journey. 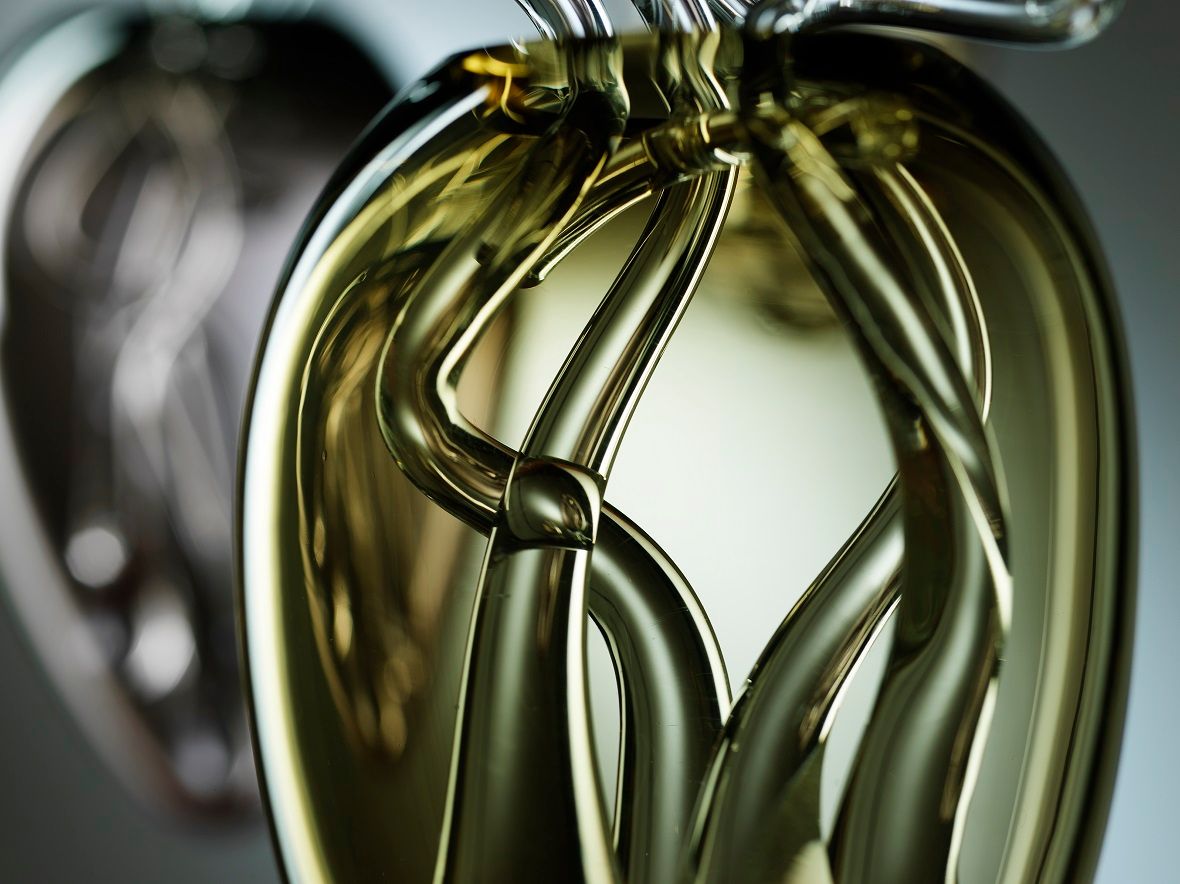 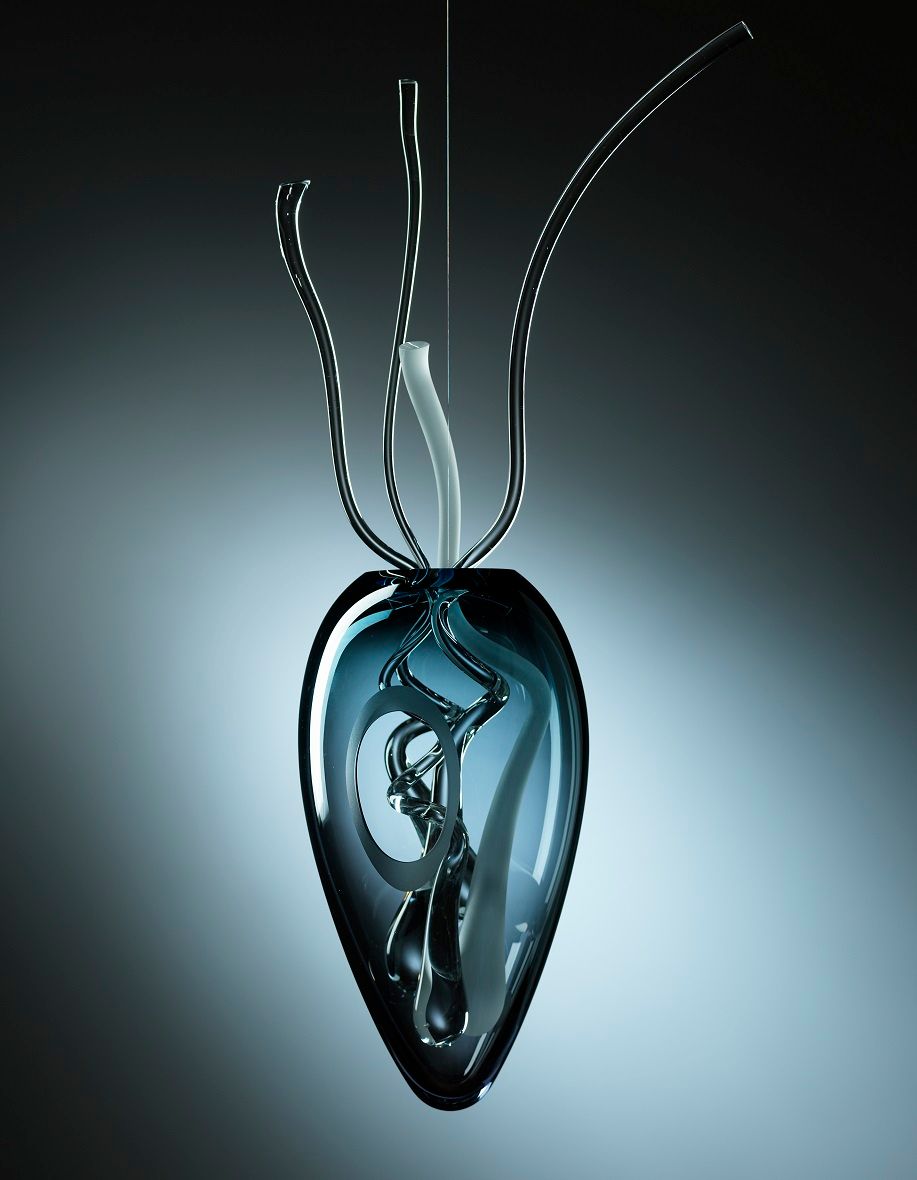 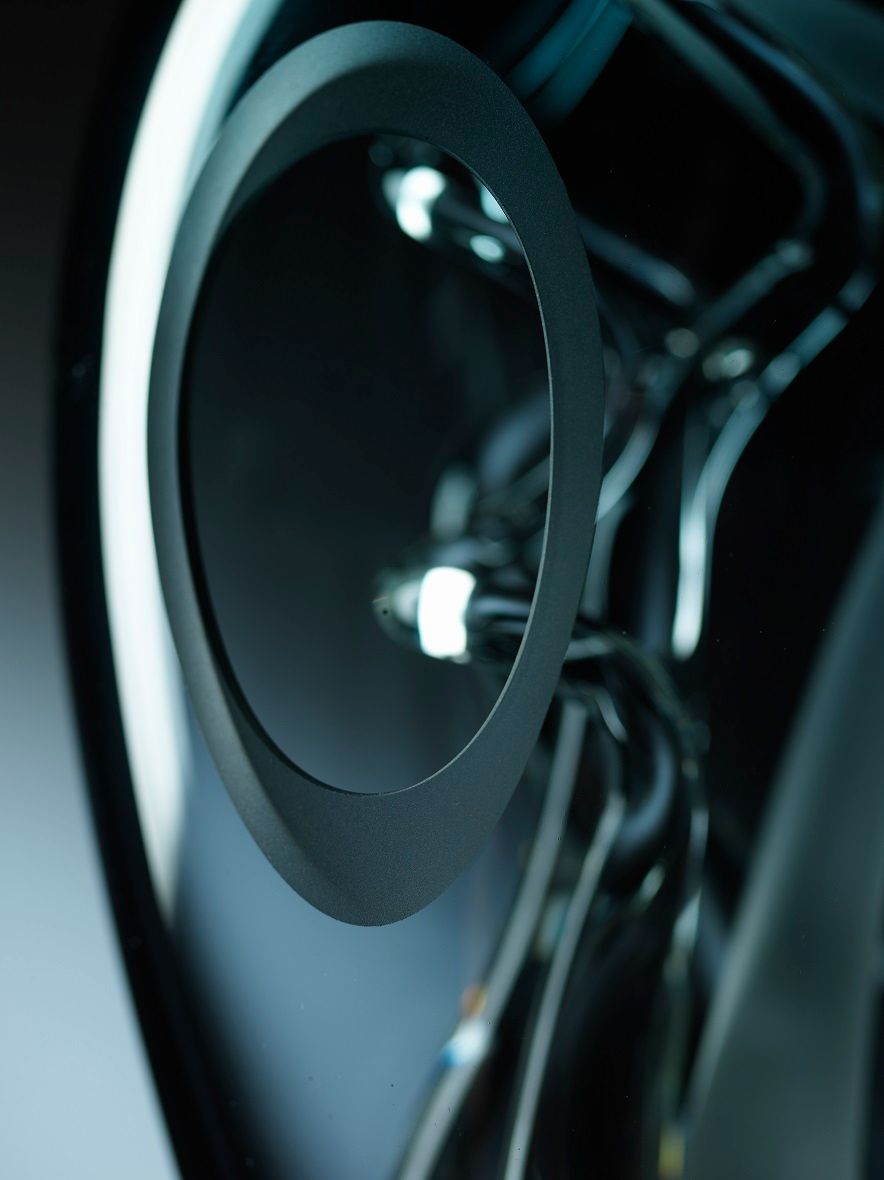 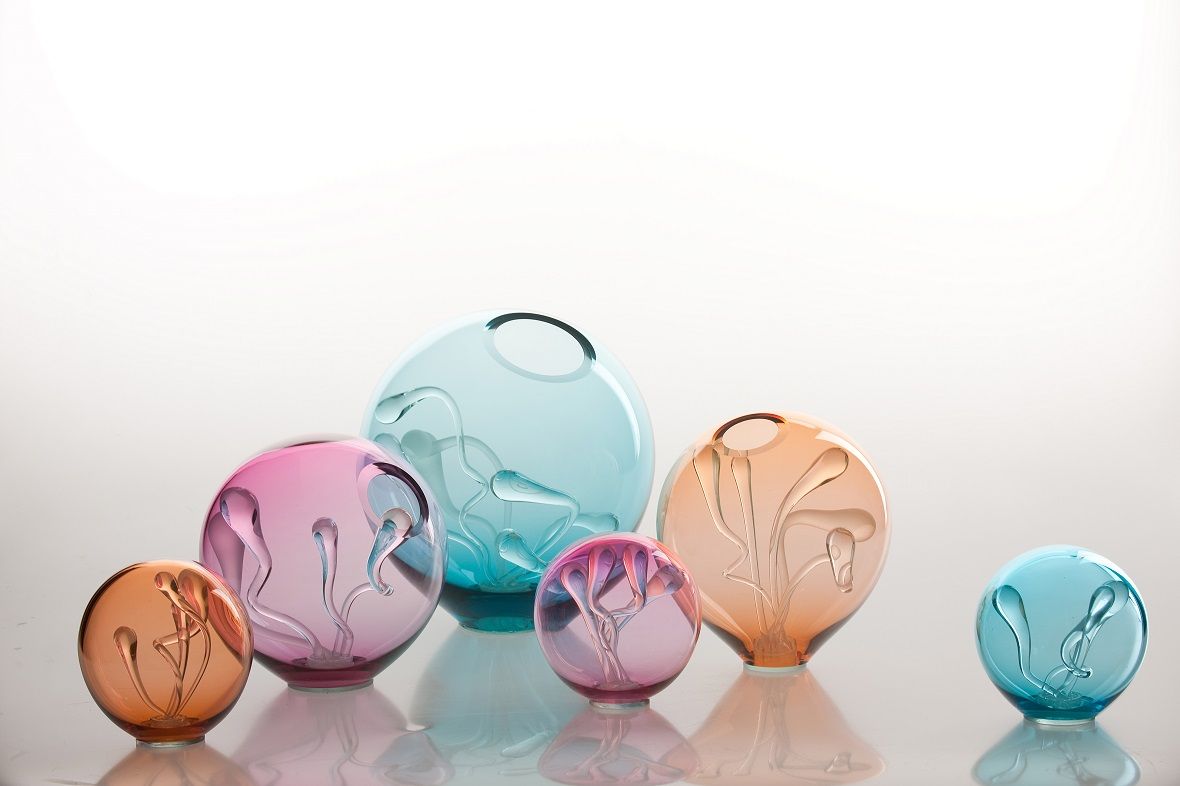 This body of work developed from a desire to explore and challenge my technical ability and creative development as a glassmaker.  This combined with ideas that have strong visual impact, evolve my own way of working and communicate personal thoughts and attempt to marry them.

'Growth' reflects on the theme of courage and vulnerability and how we as individuals find the balance between them.

Each tendril represents a direction or journey, those with windows, a way out or in and the sphere that contains them, a protective metaphorical 'white light' layer that provides sanctuary. 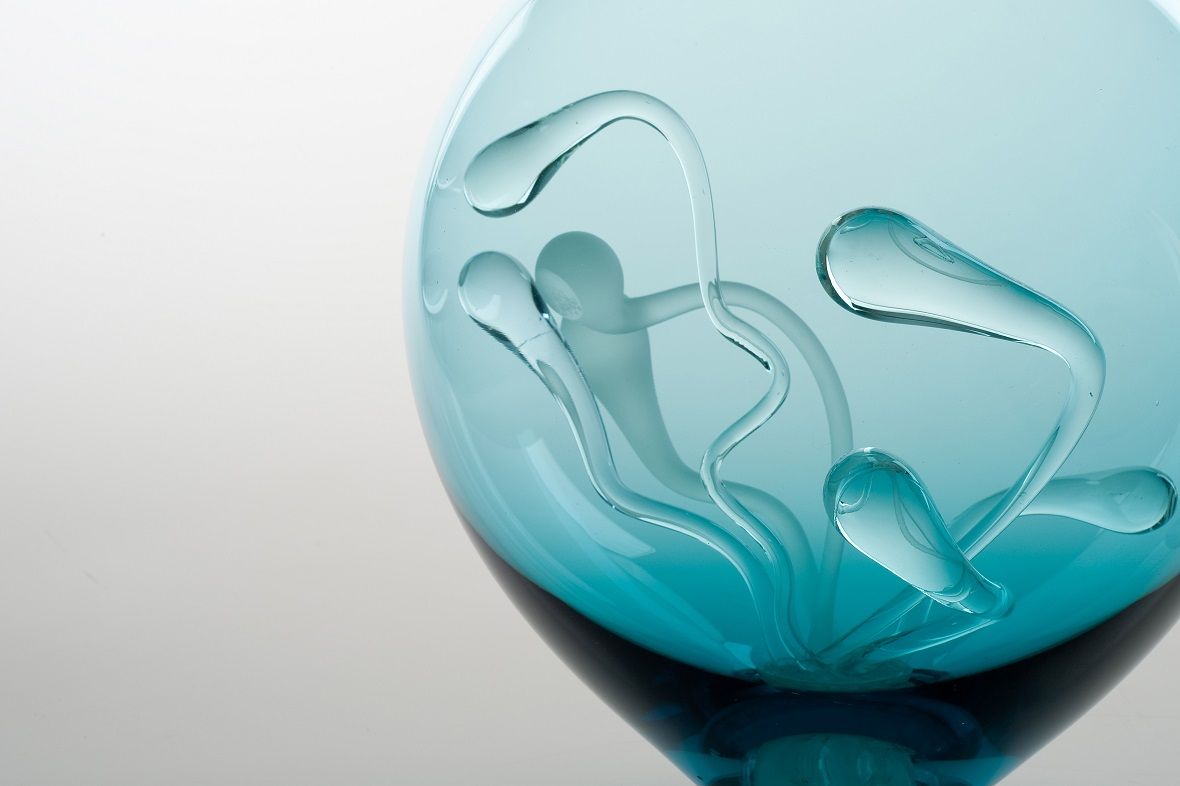 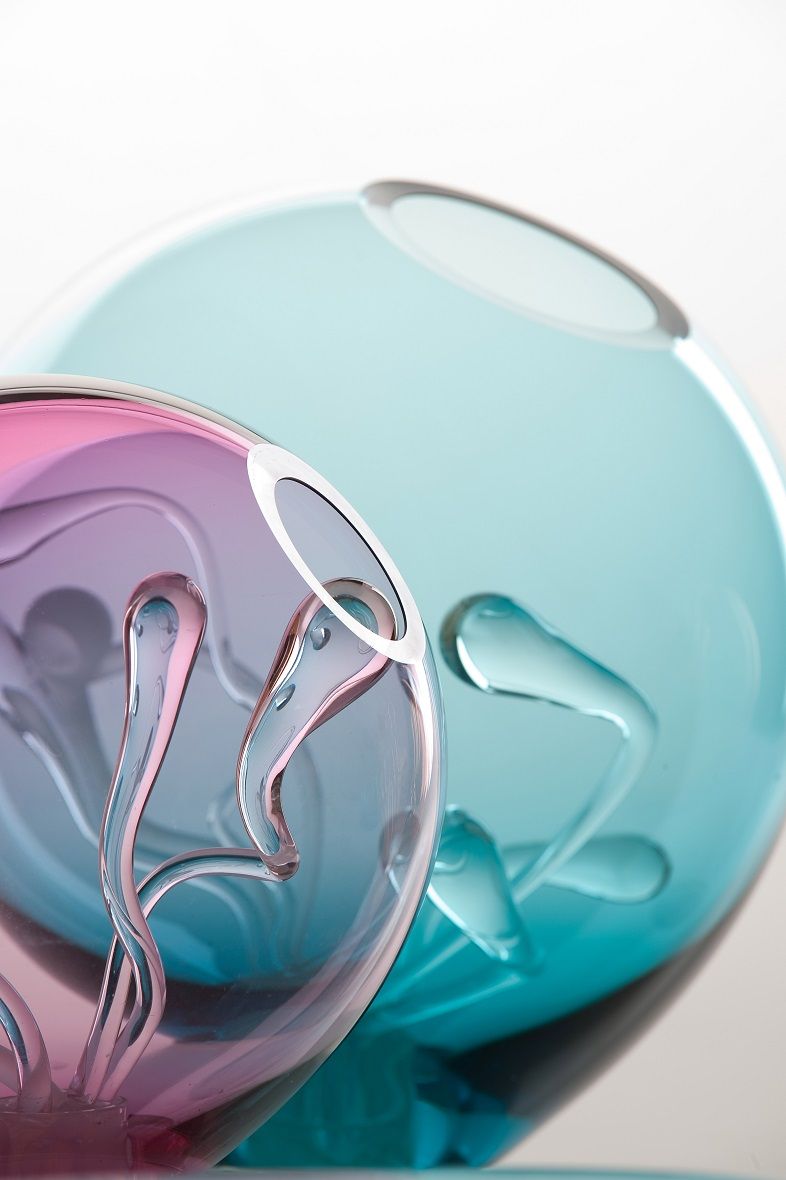 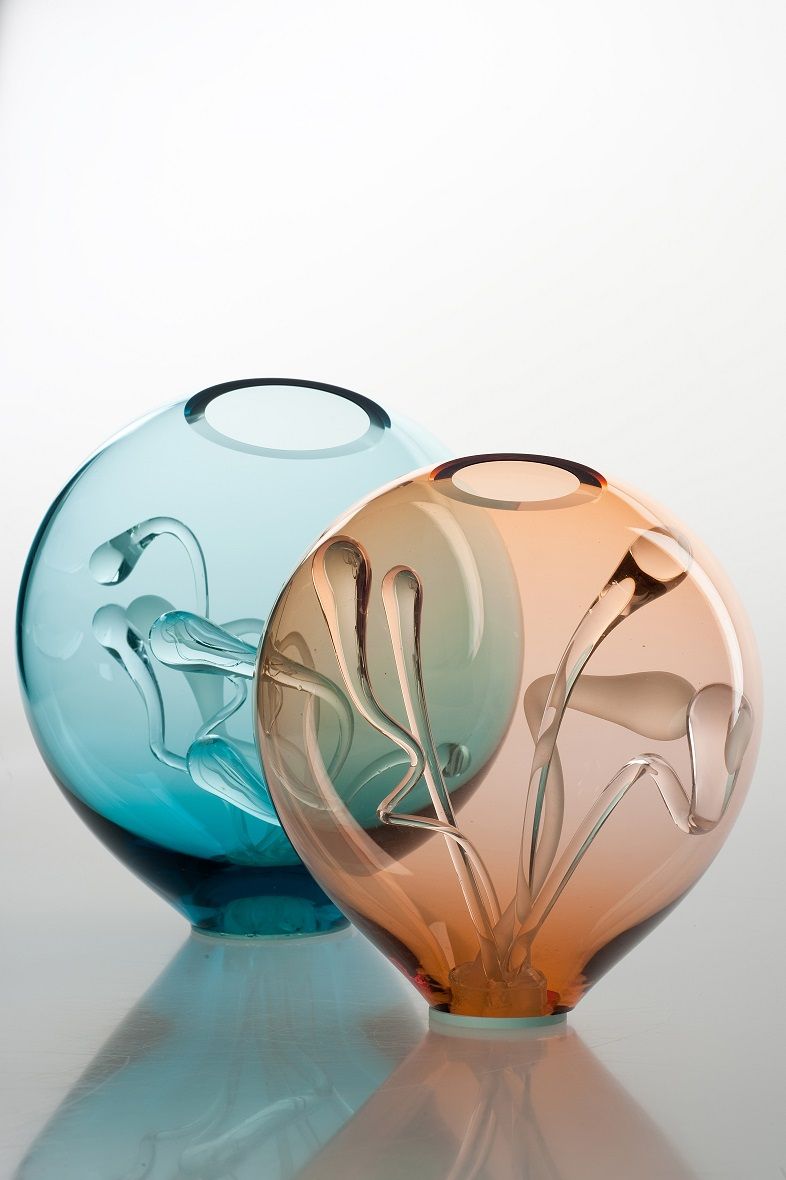 This installation was inspired by 1960's and 70's wallpaper print with its floral pattern design. With bold opaque colours and a playful pattern the glass is in stricking contrast yet complimentary to the environment of the Botanical gardens where it was installed.

2018 allowed me the opportunity to attend a Master class at the Glass Hub glass school in Wiltshire. Over 5 days I was able to evolve through hot and cold glass processes an experimental and exciting body of new work. The project was a response to the creative play I'd gained in many rivers and on beaches balancing stones with my little boy....this is currently work in progress......... 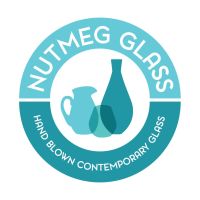